The change that gets the most recognition this year is the Medicare Part D changes deductible.  Medicare changes Part D deductible from $350 in 2016 to $400 in 2017.  That is a 14% increase to the deductible alone, which is a constant reminder to review your Medicare Part D plan each year with your agent.

through the various co-pays on your medications.  The other way is to apply the deductible only to higher Tier, more expensive drugs, e.g., Tier 3-5 medication.  The Part D plans are a bit of a shell game shifting costs from this drug to another.  It is important to not be distracted by the various co-pays.  Medicare.gov has a wonderful medication calculator that will compared all of the Part D plans in your area side-by-side.  You want to use that tool and focus on the total number that you will spend.  Too often, Medicare beneficiaries will focus on one co-pay or an initial deductible.  The bottom line is the total amount coming out of your pocket.

That being said, we all have limited budgets.  A big deductible may be too big for your wallet.  It may make sense to use a Part D plan without a deductible to even out your costs over the year.  If you are going on a Part D plan more than half way through the year because you just turned 65, it may make sense to pick a plan with no deductible.  Why pay the big deductible and turn around and pay it again in January?  That is why it is important that your agent go through your list of medications, talk about the costs, and figure out the best plan for you.  An experienced agent should be able to effectively use the Medicare prescription drug calculator to show you how your medication costs will play out in the coming year.  Also remember to check whether you qualify for the EXTRA HELP Program. 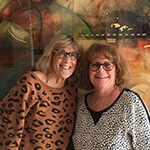 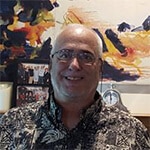 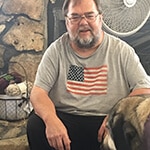 Medicare is confusing. I didn’t know what to do. Chris got us through it.